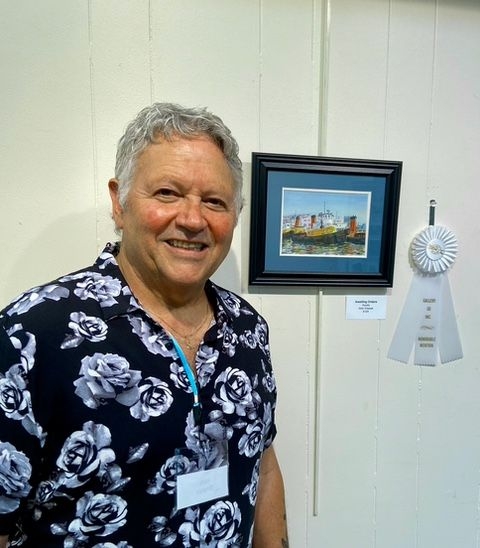 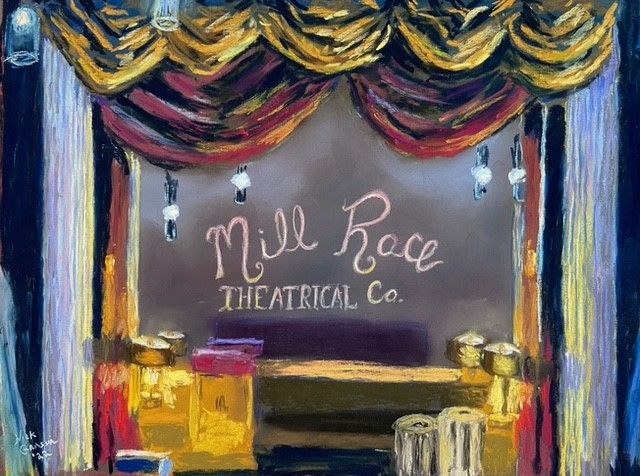 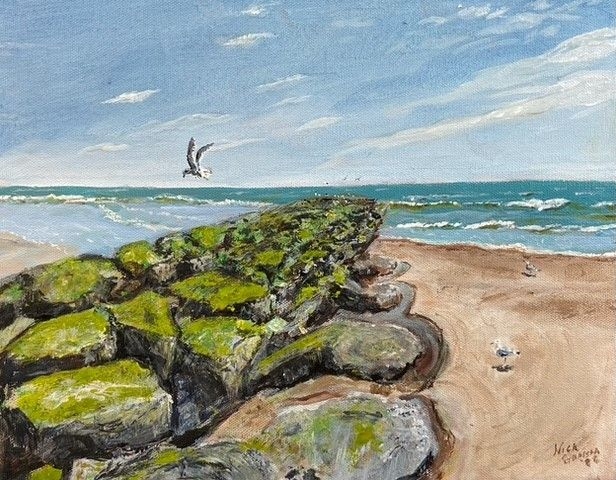 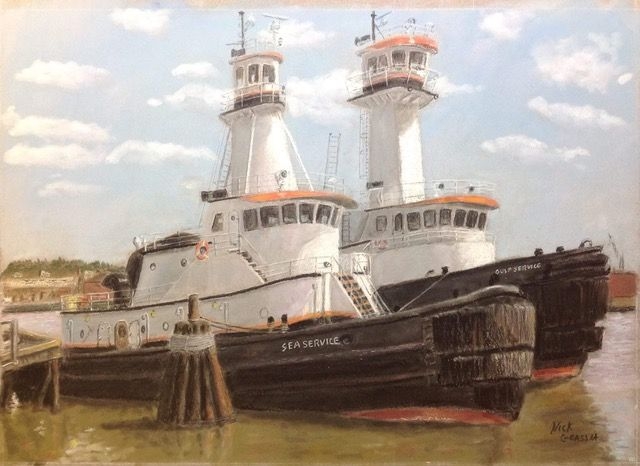 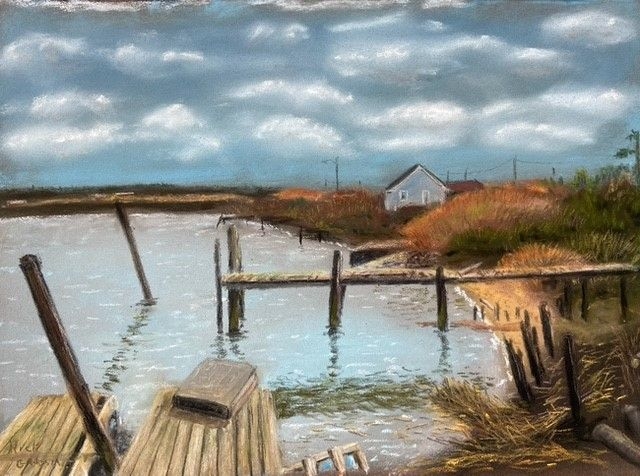 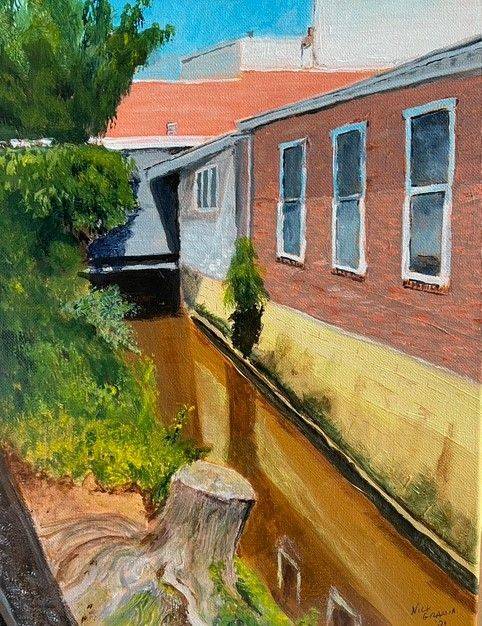 A solo exhibition of acrylic & pastel paintings by

I retired in 2016 after 40 years in the maritime transportation field. I was born and raised in South Philadelphia, attending school there, and working several jobs in the meat packing industry before embarking on my maritime career in 1976. After attending the Seafarers International Union’s Harry Lundeberg School of Seamanship in 1976, I progressed from deckhand to master, working on a variety of tugs, but primarily seagoing tugs transporting petroleum products, plying the East and Gulf Coasts of the U.S. In 1989 I took a shoreside management position as port captain, and held various other positions, namely training and recruiting manager, operations manager, and vetting specialist. I had the honor of serving 13 years on a Federal Advisory Committee, MERPAC (Merchant Marine Personnel Advisory Committee), advising the Coast Guard on training, certification, qualifications of seafarers. My maritime experiences influence a great deal of my work.

I always had an interest in art.  Occasionally I dabbled over the years, and am largely self-taught. Aside from work related caricatures and cartoons, I hadn’t done anything for years. In 2013 I enrolled in a local adult class that met for an hour, or so, one night a week. This rekindled my enthusiasm and sharpened my skills. Initially starting with graphite and colored pencils and progressing to pastel, then moving on to acrylics.

A great deal of my work, though not all, is based on photos I took early in my career, vacation photos, and local subjects. Older vessels had more graceful lines and shapes than modern vessels, and present a more interesting subject in my opinion. When working on a painting, I often think of what stories that boat can tell, the places she’s been, the storms she’s endured, and lives of the crews who served aboard her.

"Always having an interest and desire to draw and paint, it wasn’t until retirement after 40 years in the maritime industry, that I would begin in earnest my artistic journey. Working primarily in pastel and acrylic, much of my work is heavily influenced from my career nautical experience. The myriad of sea and sky conditions and the interplay of the lines and shapes of vessels are fascinating. Even abandoned ships or boats, in various states of decay, have stories to tell. Not limiting my work to maritime subjects, I am inspired by some of my other life experiences. I enjoy experimenting in other media and styles, and look forward to the twists and turns my artistic sojourn may take."