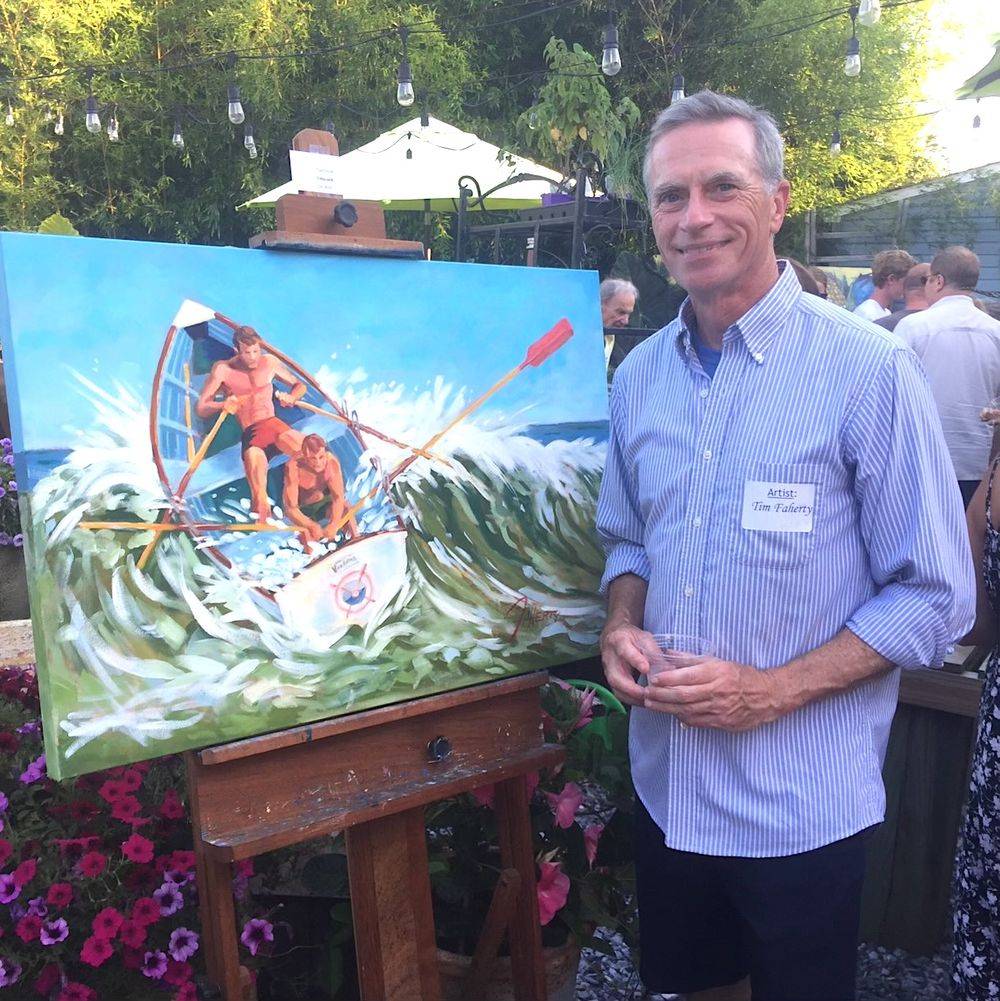 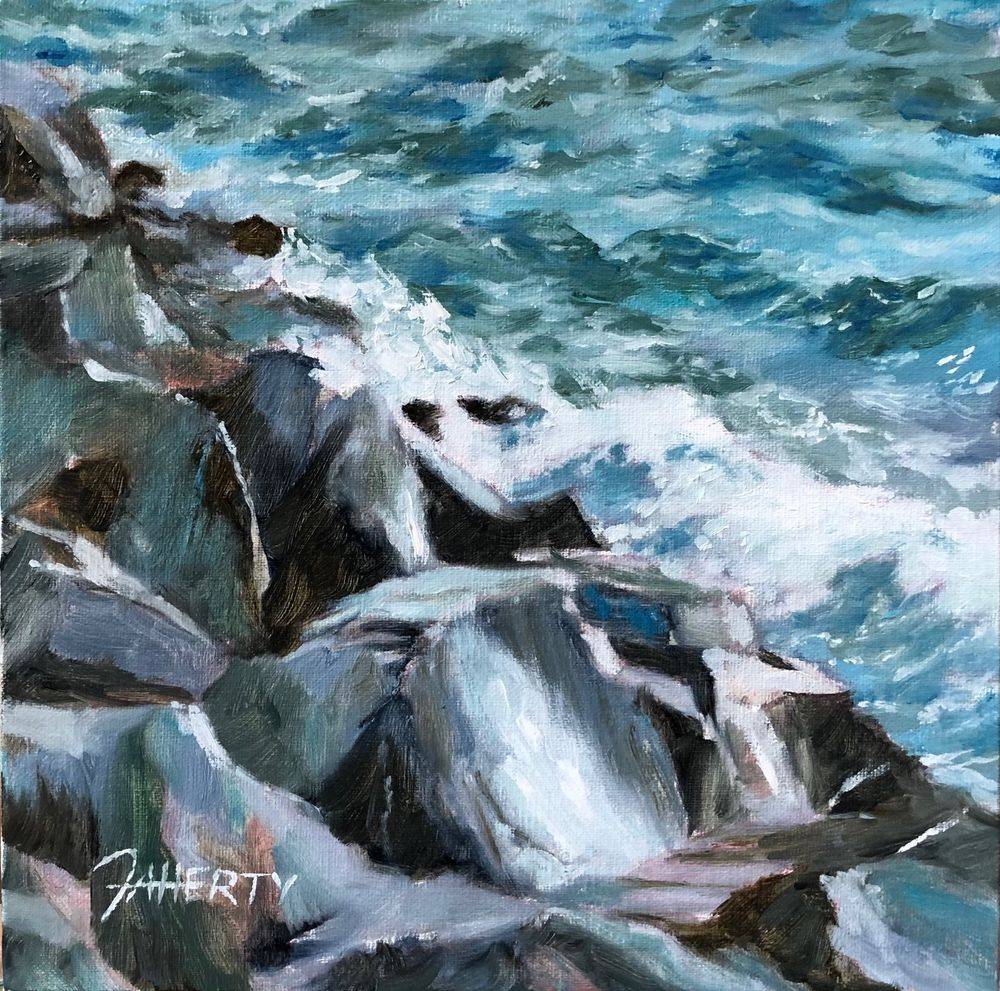 A solo exhibition by

Tim Faherty is a painter in love with the coast of southern New Jersey. Working in oil, acrylic and pastel, he tries to convey the life and light of this uniquely beautiful area.  Whether reflecting the mystery and power of the ocean or the interplay between sky, marsh and back bay, Faherty’s paintings often capture an energy. Sometimes that includes the energy of surfers, lifeguards and marine life.

“When I was growing up, our trips to the beach were rare. Coming to the shore was always a special adventure,” Faherty said. “Now that I live here, I think I have the zeal of a convert. Being so close to nature just never gets old.”

When he’s not painting, Faherty can often be found on a kayak or paddle board or helping to teach yoga on the beach. He and his wife, Gayle, live in Upper Township. They have two adult daughters, Katie and Erin, and a far-from-adult dachshund/beagle mix, Darcy.

“We are the only animals who communicate by creating images. Interpreting the world through art may be the most human thing we can do.”