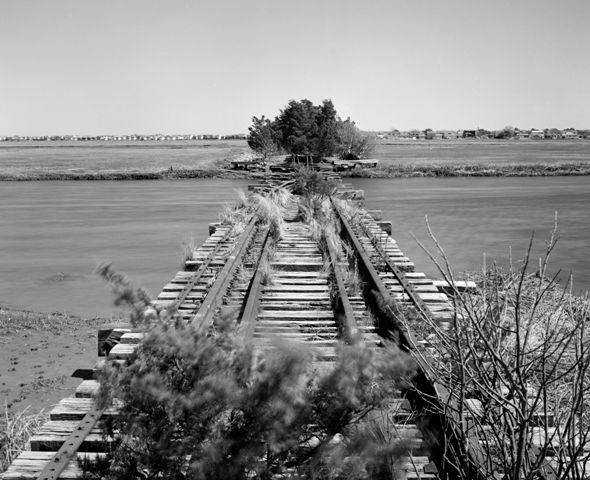 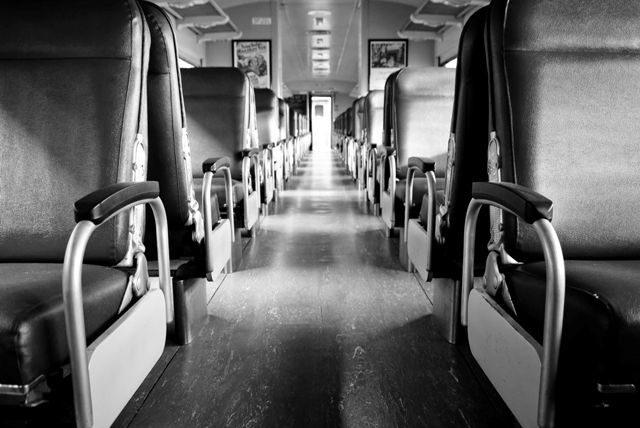 February 1 through 29, Kevin Husta will exhibit his photographs of the old Pennsylvania-Reading Seashore Lines. This show will feature most of the former rail lines in all of Cape May County.

Kevin Husta is a Hammonton, NJ photographer whose work tends to capture the patterns of mankind mixed with the randomness of nature and water, especially in old railroads. He has been exploring the former rail connections on the east coast since the summer of 2001, and has spent many years involved in both the Cape May Seashore Lines and the Pennsylvania-Reading Seashore Line Historical Society. His photography is captured on many different photographic mediums including digital, medium and large format film, and occasionally even paper negatives. Kevin also spends his time doing custom framing work, and has framed all of the 4 shows he's done in the past 10 years.

This most recent show is titled Seashore Lines, and covers most of the former railroad and trolley connections that have served Cape May County. These connections include former railroad routes that connected to Tuckahoe, Woodbine, Ocean City, Strathmere, Sea Isle City, Avalon and Stone Harbor, Wildwood, and Cape May completed by many different owners and operators over the years including the West Jersey and Seashore (WJS) lines operated by the Pennsylvania Railroad (PRR) and the Philadelphia and Atlantic City RR (ACRR) operated by the Reading Railroad (RDG). This show will feature many photos of these former links custom framed in recycled lumber including former railroad telephone pole cross-arms, parts of 3 old doors, and older pre-1900 era planks from a home of a friend. This show will also feature associated maps showing the years the lines operated along with track maps of every major area operated.

Kevin's work has been strongly influenced by former great photographers such as O. Winston Link, Harv Kahn, David Plowden, and Margaret Bourke-White. He is a former graduate of Stockton University in 2006 with a degree in Visual Arts, and started taking photography more serious while in attendance there. Although he has left the Graphic Design field he started into while in college, Kevin has been happy working as a telecommunications engineer working for Mastec N.A. for the past 6 or so years and does photography on the side. He is happily married with two young daughters who already love taking photos and going on hikes to explore what's underneath the cinders and behind the cedars along the old rail lines in South Jersey.